Tao (pronounced Dow) means "The Way" (to happiness). Taoism is not a religion. Taoism is a philosophy, a way of looking at life and a way of thinking about things. Taoists believe if you look at life and think about things in the right way, you'll be much happier. To do this, it's very important to understand The Way Things Are. This does not mean that there are not things we need to change about ourselves, but it's important to recognize and trust our own Inner Nature, and discover who we are. In the story of "The Ugly Duckling" by Hans Christian Andersen, when does the duckling stop feeling ugly? - when he discovers he's a swan. When he recognizes who he really is, a beautiful swan, he finds his Way to happiness. 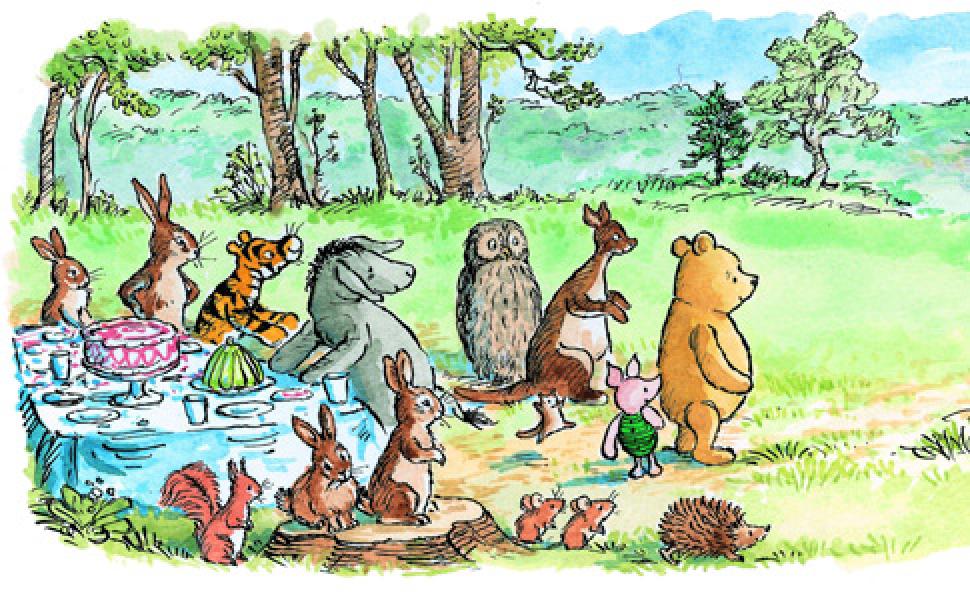 Winnie the Pooh and Friends

It was easy for me to begin to understand Taoism. I had a great teacher, Winnie-the-Pooh! There is a delightful book by Benjamin Hoff (illustrated by Ernest H. Shepard) called "The Tao of Pooh" (Penguin Books, 1982). If you are familiar with A. A. Milne's enchanting characters, Winnie-the-Pooh, Piglet, Rabbit, Owl, Eeyore, Kanga, Roo, and Tigger, you'll be surprised if you read "The Tao of Pooh" at how easy it is to learn about Taoism. It's also a great deal of fun, which is very Taoist, as Taoists are firm believers in joy and laughter.

Did you guess right? They're not mixed up at all. They're right across from each other. Nothing tricky here. Like Taoism, it's simple!

At about the same time in history that the great teacher, Confucius, was busy teaching people about the right way to do things, 2,500 years ago in ancient China, there was another young man who was also a teacher. His name was Lao-Tzu. The teachings of Taoism are his teachings. Lao-Tzu believed that physical actions had a spiritual effect. If the body and mind were in good health, the body's spirit would be in good health. Many people in ancient China followed both the teachings of Confucius, whose rules told you how to do things in the right way, and of Lao-Tzu, whose teachings taught you how to think about things in the right way. Many people around the world are still following these teachings today.

We hope this section has encouraged you to learn more about Taoism. It is an absolutely fascinating ancient Chinese philosophy. And, we hope you will revisit the timeless tales of Winnie-the-Pooh, Piglet, Rabbit, Owl, Eeyore, Kanga, Roo and Tigger, who can all be found in The House at Pooh Corner by A. A. Milne.

The invention and importance of tea

Animals of the Zodiac

Legend: The Story of Silk

Legend: The Story of Shadow Puppets

Take the Quiz, interactive with answers

What is the difference between a proverb and a fable? (1-2 class periods)

Free Use PowerPoints about Ancient China for Kids and Teachers

The Ancient Mongols for Kids

Marco Polo and his visit to China